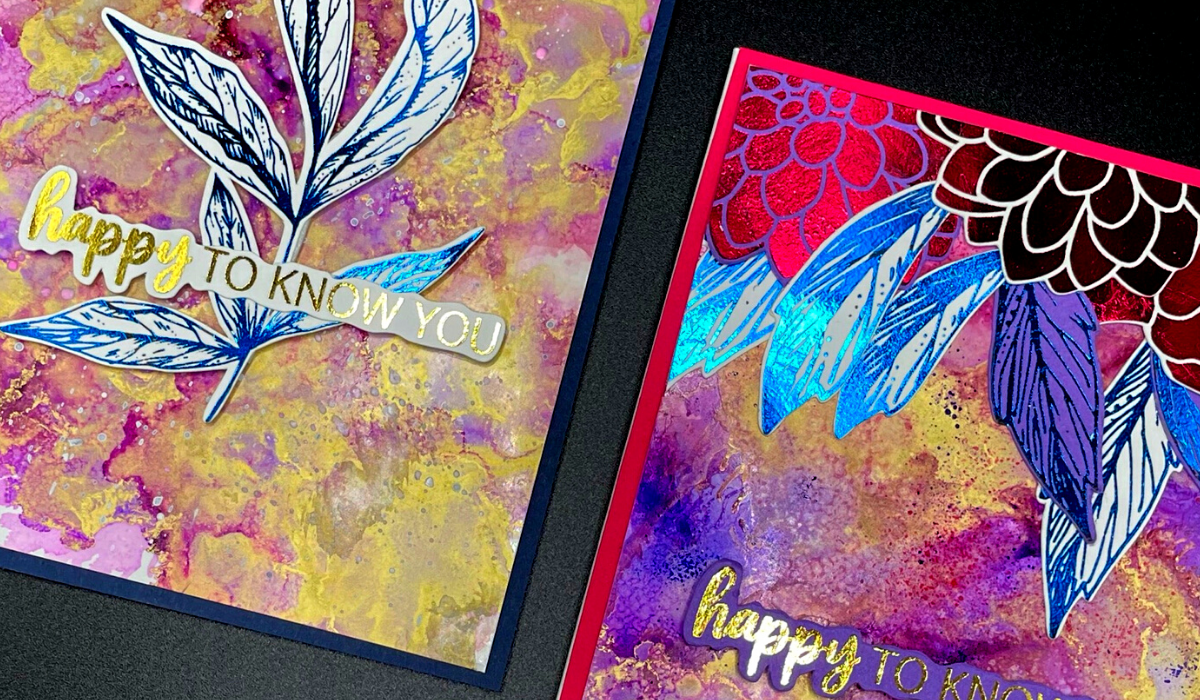 Hello there! It’s Cha here to share with you some cards that I made using foiling. I made two cards with striking colors. So, I hope you like them.

As I’m using digital stamps, I’ve always used the ‘Print&Cut‘ option from my Silhouette Curio that means that, first, the digital images were printed, and then, they were all cut electronically. For creating these cards, I used the Modern Duets – Bundle I Digital Stamps. Some of these images were printed on white cardstock and others in purple cardstock. Later, I foiled all the images and sentiments in blue, pink, and gold.

I made the backgrounds with alcohol inks using pink, purple, and gold. I also used an airbrush tool to create small splashes with different alcohol markers.

Later, I trimmed the backgrounds to 4″ by 5,25″ and I started assembling these two cards.

The first card that I assembled was the one with the blue leaf. I added one of the backgrounds that I created earlier on a nautical blue standard base card. Then, I added the leaf and the sentiment with foam tape.

To create the second card, I glued some of the flowers and leaves with glue tape and others with foam tape on the edges of the card. I also added the sentiment with foam tape. Finally, I glued the card on top of a pink standard base card.

Thank you for stopping by and see you soon!

Foil on Kraft | Thank You Cards with an Autumn Twist

by Priscilla Joseph
No Comments

by Priscilla Joseph
No Comments

by Ericka Strange
No Comments